The Royal Commission- Big Bank Bosses are to BLAME! 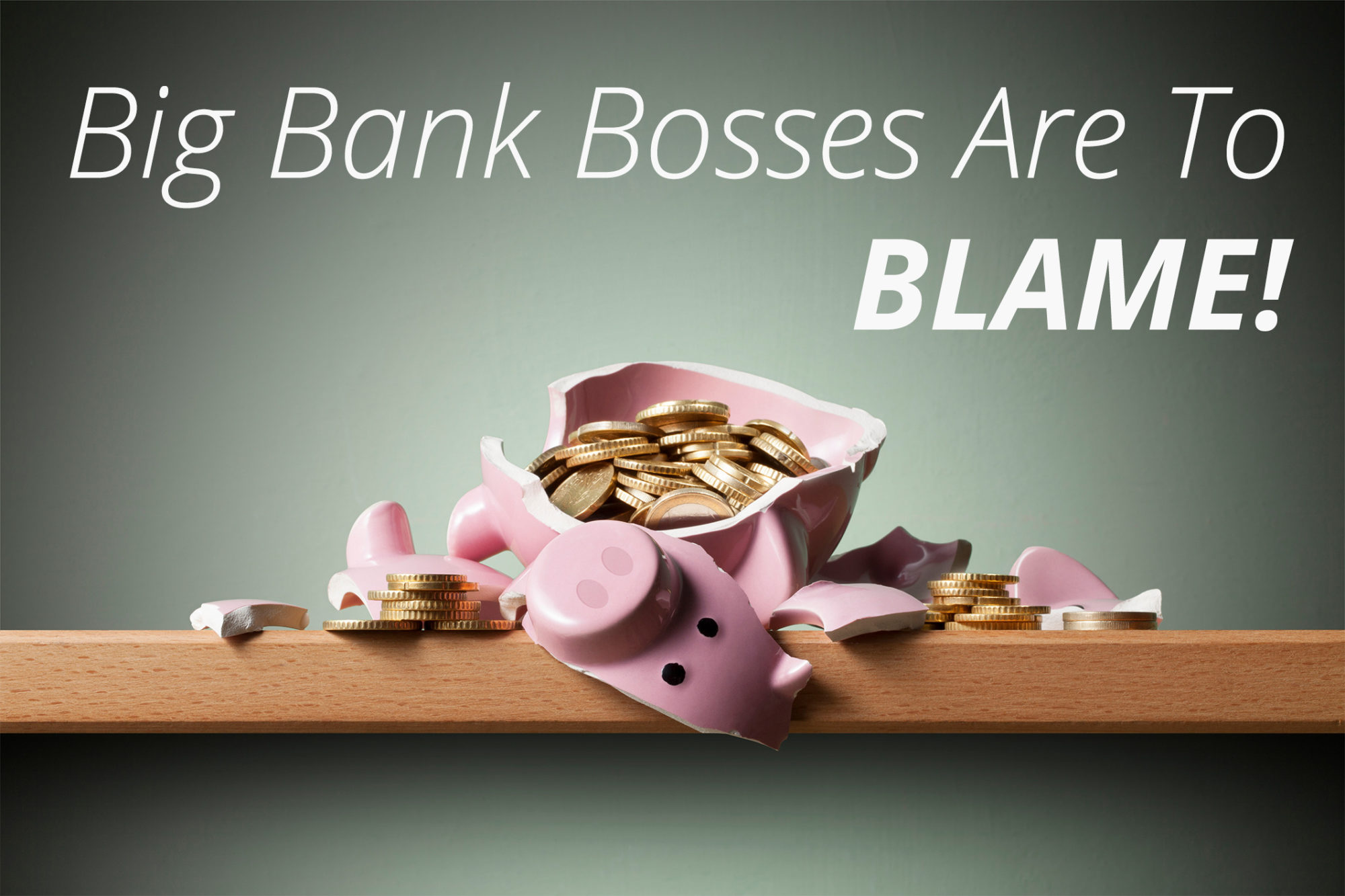 Big bank bosses are to blame!

In the Burbs we call it Greed and Corruption. In the CBD banking head offices they call it growth.

The immoral, deceptive and self-serving behaviour of the banks has been laid bare for all to see in the last year or so. The Royal Commission has revealed just how corrupted the upper management of our banking system has become. There are too many examples to list but today I will attempt to explain what I think will be the eventual outcome. Sadly, it’s not pretty.

In summary, this is the biggest fraud ever inflicted on the Australian public and can be summarised as lending ridiculous amounts of money to people who could never afford to pay it back. This includes home loans, credit cards, equipment finance for cars and small business loans secured over residential property. And as a direct result, paying executive management teams outrageous, criminal and immoral amounts of money, commissions, bonuses and kick backs based on how much lending they could flog to the unsuspecting masses.

Let’s break it down a bit by using a fictional example of Sydney couple Barrack and Michelle.

“Can” from the CBA

“More give, less take” from the NAB

“We live in your world” from the ANZ, and

Well how could they lose???

Therefore……. What’s going to happen to you, your business and your lending arrangements? Here’s a few thoughts;

This list can just go on and on and on. The Royal Commission has uncovered a banking industry so flawed and disgraceful that there will be rivers of blood on the carpet. Many CEO’s, Board Members and Executive types have already been moved on but there’s Vikings hoard of axes still to fall. Our previously trusted institutions will take a generation to restore a reasonable level of trust.

For any side of politics this will be tough going. The Labour side brought on the Royal Commission and look like they want to bash the banks by implementing the recommendations of the Royal Commission. They will bash too hard and lending will slow down into a recession. Maybe they’ll even roll out the old Paul Keating slogan of “it’s the recession we had to have”.

The Liberals are all at sea on this one and I just can’t see how they can polish such an awfully smelly t@*d. They can’t make a silk purse out of a sow’s ear and they know it. I’m calling the next federal election as being a complete white wash with Labour having a majority everywhere. The extreme left will then have too much influence and this will drive the economy into a long and painful downturn.

I could apologise for writing such a miserable diatribe. But I won’t because it’s already happened. The throats of lenders, developers, agents and customers have been cut in plain sight and there’s nowhere to hide.

For small business people my suggestions are as follows;

That’s it from me for now.